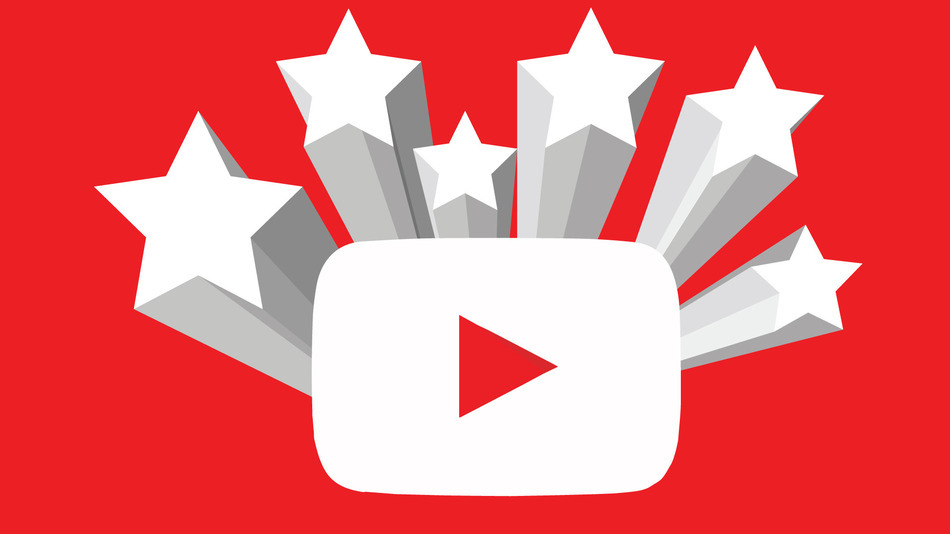 YouTube has over one billion users — almost one-third of all people using the Internet. Every day people generate billions of views on YouTube. As reported in October 2015, ten YouTube videos have received over 1 billion views, with the top video exceeding 2 billion views. Many of these videos are music ones, however there are few surprises. Let’s have a look at the Top 20 YouTube chart.

Tip: If you want to save those or any other YouTube videos and music to your PC or device, use Freemake Video Downloader. This free software can download full YouTube playlists and convert videos to MP3.

This video is even registered in the Guinness World Records as the most liked YouTube video ever after it seized two billions views in half a year. Hardly everyone knows that Gangham is an area of Seoul, Korea and Psy is a stage name for Park Jae-sang, a K-pop artist. The amusing dance moves shown in the clip have become another hit from Korea. Psy performed this dance with the British Prime Minister David Cameron, U.S. President Barack Obama, and United Nations Secretary-General Ban Ki-moon.

This is the lead single from Canadian pop singer Justin Bieber’s debut album “My World (Part II)”. The music video has been the first until November 24, 2012, when it was surpassed by “Gangnam Style”. It’s notorious that this video is also the most disliked on YouTube.

“Blank Space” comes from Taylor Swift’s fifth studio album “1989”. This song replaced her prior hit “Shake It Off” from the top place at the US Hot 100 chart, so Taylor became the first woman in the Hot 100’s 56-year history to succeed herself at the top spot.

The song reached the top of the Hot 100 after Perry performed it at the 2014 Grammy Awards. “This #1 is the most unexpected one I’ve ever had,” said the singer. In the interviews, Katy also confesses that in “Dark Horse” she wanted to be a witch warning a man not to fall in love with her.

“Roar” has become a big step forward in Katy Perry’s career. This is her fastest-selling single to date, with more than 557,000 digital downloads in its first week. In July 2015, the music video for “Roar” became the 4th video to reach 1 billion views on Vevo, making Perry the first artist to have two music videos with 1 billion views.

Taylor said that this song was born from her own challenges: “I wanted it to go out into the world and not be about my critics”. “Shake It Off” won Favorite Song at the 2015 People’s Choice Awards and also got several nominations at the 2015 Grammy Awards.

The song title is translated from Spanish as “Rhythmic Dancing”. The song broke the record for the longest-running #1 ever on Billboard’s Hot Latin Songs chart. “The song to me was always a special song, but you never really know”, – Enrique said about it in one of the interviews.

“Uptown Funk” is a song recorded by British producer Mark Ronson, with vocals from American singer Bruno Mars. The single was a commercial success, spending fourteen consecutive weeks at number one on the US Billboard Hot 100.

#9. Meghan Trainor – All About That Bass

It’s said that “All About That Bass” was written in 40 minutes by American producer Kevin Kadish. Recoreded in a bubblegum pop genre, this song was praised by critics for its melody and vintage sound. It was named one of the best songs of 2014 by several publications and received several Grammy Award nominations.

This song is an official soundtrack of the 2015 action film Furious 7.  It has become a global commercial success, becoming Khalifa’s biggest hit to date.

“Counting Stars” by American pop-rock band OneRepublic comes from their third album “Native”. It is a pop song with strong elements of folk music. With over 9 million copies sold worldwide, this song became one of the best-selling singles of all time.

In spite of the long-lasting success of “I’m Sexy and I Know it”, this prior LMFAO hit got over 950 million views on YouTube. Being featured in “21 Jump Street” movie, it won the MTV Movie Award for Best Music. The song also won the “Favorite Song” award at the 2012 Kids’ Choice Awards.

Critics listed “Love the Way You Lie” among the best tracks of 2010 and of Eminem’s career. The song won many awards and received five Grammy nominations. Reporters suggested that the song and the video were influenced by Eminem’s and Rihanna’s complicated relationships with their respective ex-lovers.

“Chandelier” is a song by Australian singer Sia from her sixth album “1000 Forms of Fear”. It has a melancholic theme touching upon the problem of alcoholism of a typical “party girl”. The single received nominations at the 57th Grammy Awards, with its video receiving a nomination for Best Music Video.

This is an official song of the 2010 FIFA World Cup held in South Africa. The single gained its popularity for its encouraging lyrics and was considered to be one of the best World Cup songs.

This first non-music video on this list is also a song, but for kids. The original track is a United Kingdom folk song. This funny song is often sung by children on bus trips to keep themselves amused.

“Masha and The Bear” is an animated television series based on a Russian folk tale with the same name. The series focuses on the adventures of a little girl Masha and the bear, her friend. Many of the episodes have become popular on YouTube. In  particular, number 17 “Recipe For Disaster” has received over 870 million views.

Commercially, “On the Floor” is J.Lo’s most successful single to date. The song features not only Pitbull’s rap, but also incorporates a sample of the 1989 hit “Lambada”. The music video shows a Los Angeles underground club culture where Lopez portrays a “queen of the nightclub”.

This funny video was no more than an attempt of a father to capture his boys growing up. But now their whole family is famous as the video went viral and the channel got millions of subscribers.

Hope you loved the Top 20 YouTube chart and agree with it. What videos in your opinion should enrich this list soon? Share in the comments below.