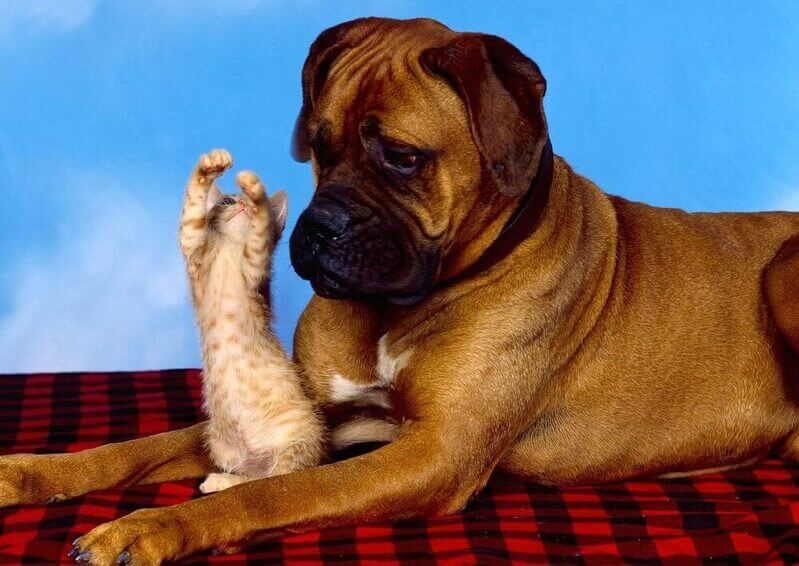 YouTube is a great place to have a little bit fun when you’re bored or have nothing to do. The Google’s video service contains all kinds of funny videos, among which the clips with funny animals take a prominent place.

Do you know that some YouTube music videos by popular artists have less views than a short video with a jumping cat? The magic of funny animal videos is still unintelligible. As a result of it, we have millions of YouTube admirers of cute and amazing pets. Want to join them? Check our top 35 hilarious YouTube videos with animals: cats, dogs, other animals.

You may easily download all those funny clips for offline watching with video downloader for YouTube in their original formats or save them in any other format you need. Check how to convert MKV to AVI here.

Do you also want to have these videos on your site but don’t want them to take too much space? Then use free Freemake Slider plugin to embed them in a simple and beautiful way.

Cats are the most likable social media characters. They are so nice and fluffy, that we can’t stop being touched when we find them in akward and funny situations. If there was a special prize for most incident-makers, our feline friends would definitely win it!

The first video shows a sleeping kitten and its caring mom. Very touching!

An unlucky cat tries to make an epic jump but fails.

Cats can be great babysitters, check yourself by watching the video.

Cats can be not only sweet and pleasant but angry! Don’t be afraid of the following hero.

Can your cat play the keyboard? Show it this funny video to motivate to learn it.

This cat is so surprised that can’t close the mouth.

A popular kid’s game is performed by two awesome cats. Dubbing is well-done!

A cat is trying to tell something important. Who can translate?

A feline dubstep lover is showing its best plasticity and sense of rhythm.

A cat was long hiding behind the cloths and then decided to fly like a batman.

The famous cat Maru is practicing filling itself into small boxes.

The cat is serene and ruthless. Poor silly dog!

What can a cat be dreaming about when it sleeps? Watch the video below and learn.

Usually cats don’t love taking baths. For this one it seems the most favorite occupation.

Dogs are definitely the runners-up, after the cats, of course. They can perform really intricate tricks with their faithful eyes and wagging tails.

A dog can become an interesting companion to talk to. The hero below proves it.

Watch a funny investigation in which dogs are the main suspects.

Like people, dogs also see dreams and even be sleep walking.

This hilarious videos shows two dogs with people’s hands who decided to habe dinner and talk a bit.

A simple competiton may turn into a real challenge when there are so many temptations around.

A lovely terrier dog is playing with its owner who loves tickling its belly.

What a bliss is to take a shower like that!

Autumn is a great time to run about in the pile of leaves.

12 Humorous Videos with Other Animals

Do you like hedgehogs? They are so nice, when they sniff! This hedgehog is really sweet too, but not very quick-witted.

Can an octopus be the reason for your laugh? Definitely, it can!

27. Chameleon was frightened by iPhone

Don’t show an iPhone to chameleon, it may stress the animal.

Small cats definitely love boxes. The big ones also do, but the boxes shouldn’t be small!

Don’t try to take away a monkey’s milk, you’ll be punished.

Can you do such a face?

In Australia this is a common scene.

Babies are always babies, even if they are elephants.

Finished tickling a dog? Proceed with a loris.

35. Crazy cockatoo on the kitchen floor

Perhaps, a cockatoo doesn’t like that the floor is dirty or too slippery.

Hope you have a dozen minutes of fun watching these hilarious videos. If your pet is also a YouTube star, just shoot small videos and combine them for YouTube upload with this video joiner.