20 Funniest Songs Ever for You to Sing and Laugh 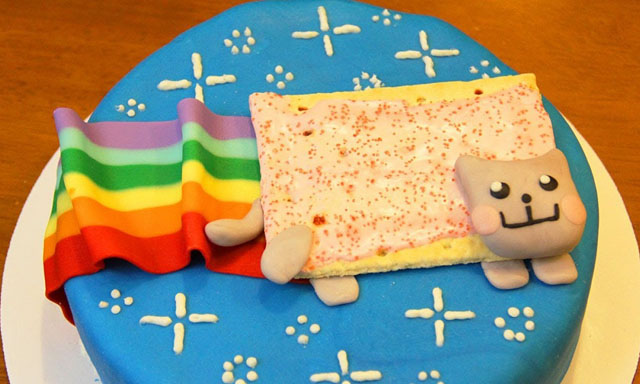 20 Funniest Songs Ever for You to Sing and Laugh

Freemake team loves to listen to good music. But much more we like to have fun and to joke. It always improves our mood and encourages making wonderful software. So we decided to combine these two coolest things of the life: music and fun! Freemake Music Box helps us collect best funny songs of all times. We’ve prepared a collection of top funny YouTube songs and want to share it with you – 20 funniest songs ever for you to sing and laugh. So put on your headphones and enjoy the music videos full of humor and good melodies.


And the funniest song ever is known all over the world – Gangnam Style, it is not a surprise. “Gangnam Style” became the first YouTube video to reach one billion views. For those, who did not know this and were afraid to ask – “Gangnam Style” is a Korean neologism that describes the lifestyle associated with the Gangnam District of Seoul.

2. What Does The Fox Say


The Song was created by Norwegian comedy duo Ylvis. “The Fox” was created just as a joke, but has ironically become “breakout” song. The question has stuck in our heads for a long time! So, do you know now what really the Fox says?


The Duck Song is a song for children written by Bryant Oden. It’s about a duck that every time comes to a lemonade stand and asks if there is any grapes. The song became famous after a creation of music video. The YouTube video has a great amount of humor and irony. At first, you want to kill this annoying duck, but, finally, you just love it.


An animated cat with the body of a Pop-Tart is flying through space, and leaving a rainbow trail behind it and is accompanied by Japanese song.
Sometimes I ask myself, who could create such a song, probably it was a genius. Anyway, you will not be able to stop playing this song over and over again.


The good old crazy frog is in our top chart too! Just play the song and feel nostalgia!
Crazy Frog or The Annoying Thing was created in 2003 by Swedish actor and playwright Erik Wernquist and became so popular, that now it has even 3 Albums.

Famous “Epic Rap Battles of History” is a show of comedic rap battles between historical and pop culture figures. It could not be out of this list! We’ve chosen one of the most popular battles. It is between Steve Jobs and Bill Gates. Surly it’s epic and completely hilarious. A great geek video!

Funny animals are very often the most popular characters of YouTube videos. This charming cat Sparta makes you fall in love with it. The melody and the words are so good, that you will sing it the whole day after watching.

8. In the Jungle, the mighty jungle


The Song also known as “Wimoweh”, “Wimba Way” or “Awimbawe” is one of the most famous songs from the cartoon “The Lion King”. Here we nominate this cutest and funniest video with the song of our hearts from that great cartoon.


Here is a spoon of French humor. The Song, based on a traditional Neapolitan song, became immediately  after its release, the hit number one in Europe.


The video is a mixture of a meme on He-Man and a song “What’s going on?” This creation goes well together with our dear Nyan Cat.


That is just funny when men or boys sing the songs of Disney princesses. Disney is good everywhere, with everyone and by everyone!


Everybody knows the epic clip and song by LMFAO. But these guys were really tired of this famous song and decided to show us what really sexy is!

14. One Semester of Spanish – Love Song


The Video shows, who to express your big feelings using only short list of simple phrases. It’s good to watch for the Beginners in studying foreign languages.

15. Most funny birthday song ever!


Birthday is one more reason to laugh, smile and have fun! Here is just a simple funny birthday song. The video itself is made of comic and sometimes absurd pics.


The original cartoon song “Look at my horse” is a big joke. Cartoon is hilarious but sometimes a bit dirty, so we decided not to place here the original song about the amazing horse, but this one is not worse.

The most important here are words, they are strange and make almost no sense, but all together make a joke-song. If you know the German language, you will laugh and sing and laugh


Parents wanted to express all the aspects of their difficult life. Everybody, who is not yet a parent, should be aware, because a parents’ lot is not an easy one.


This birds have unforgettable grace, that’s why they are becoming, not a first time already, the main characters of clips. We had the Duck Song, so we have to have the Chicken Song, in respect to all Chickens

20. Charlie the Unicorn – In the Ocean


These Charlie cartoons are cool. Charlie the Unicorn itself is very cool. Watch it if you have not. In addition to all cartoons about Charlie there is a funny song at the end of each. In our opinion this song is one of the greatest pearls of them.

We hope, that you have enjoyed or list of 20 funniest songs on YouTube and you have had a lot of fun watching these hilarious videos. If you know other super funny and popular video songs, just share it with us in the comments below.

Scroll for more
Tap
Long Live the Troll: All You Need to Know about Memes